Startseite » Info » The village of Zavala

The village of Zavala

Zavala, a small seaside village on the south side of the island Hvar

Zavala, which has become a very popular destination for beach excursions, is situated on the south side of the island of Hvar at the foot of the ridge, below the summit of Sveti Ante. Zavala is also known for its numerous pebble beaches.

This wonderful place is perfectly suited for our 4 star apartments of Nautilus-Bay as well as our stone house and holiday home.

Zavala can be accessed from Jelsa on a narrow and winding, but equally charming road that leads halfway through the picturesque village of Pitve and finally through a 1.4 km long, single-lane natural and non-illuminated tunnel to the south side of the island of Hvar, which is now regulated by traffic lights. That’s correct: no light, no concrete and only one lane for both directions!

As soon as you leave the tunnel, you have an overwhelming view of the coast, the sea and the offshore islands of Scedro, Korcula, Vis and Susac, as well as the Peljesac peninsula.

The idyllic and sleepy village is animated by numerous tourists in summer and unfolds its charm in the summer months, when the whole island is wrapped in a scent of rosemary, lavender and oregano. The scent of the pine trees and the chirping of the infinite number of cicadas is a real experience of nature. Grapes, figs and other naturally grown fruits, as well as local products such as lavender oil or the wines pressed on the island can be bought and enjoyed in many places.

The place Zavala consists of the “old village”, which is situated a little further up the hill and the old harbour, which is also called “Zaca” by Zavala’s inhabitants. The western end of the settlement is a small bay called “Petarcica”, about 1.3 km away from the harbour.

Up to here the numerous holiday houses and apartment houses extend, which were built northwest of the harbour at the coast in the more recent time. From here to the harbour there is a fortified promenade which leads directly along the coast passing numerous smaller and larger pebble beaches.

This walkway connects the Nautilus Bay apartments with several beaches, the harbour, restaurants and bars. For the romantic return journey at night you should have a torch with you. A special experience is to walk this path by moonlight.

Stone house in the old village
Previous
Next

Apartments on the beach
Previous
Next

Eating & Drinking in Zavala
No markers found for this Travelers' map.
Please add some markers to your posts before using this shortcode. 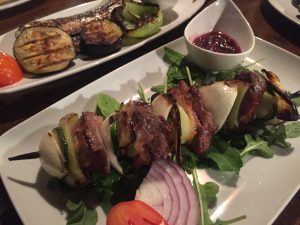 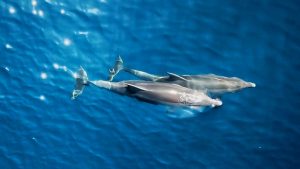 Dolphins in front of Zavala 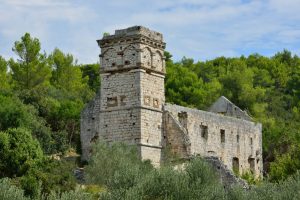 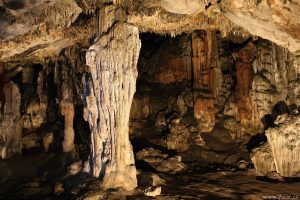 Hike to the stalactite cave of Humac